400 shares
Jump to the Recipe

I love the holiday season, but it is so busy! I find that we're often so busy with family and work that it's tough to fit in a holiday party with our friends!
Which is a bummer, because our friends are FUN! If that's the case for you as well, I have a solution. Holiday brunch! 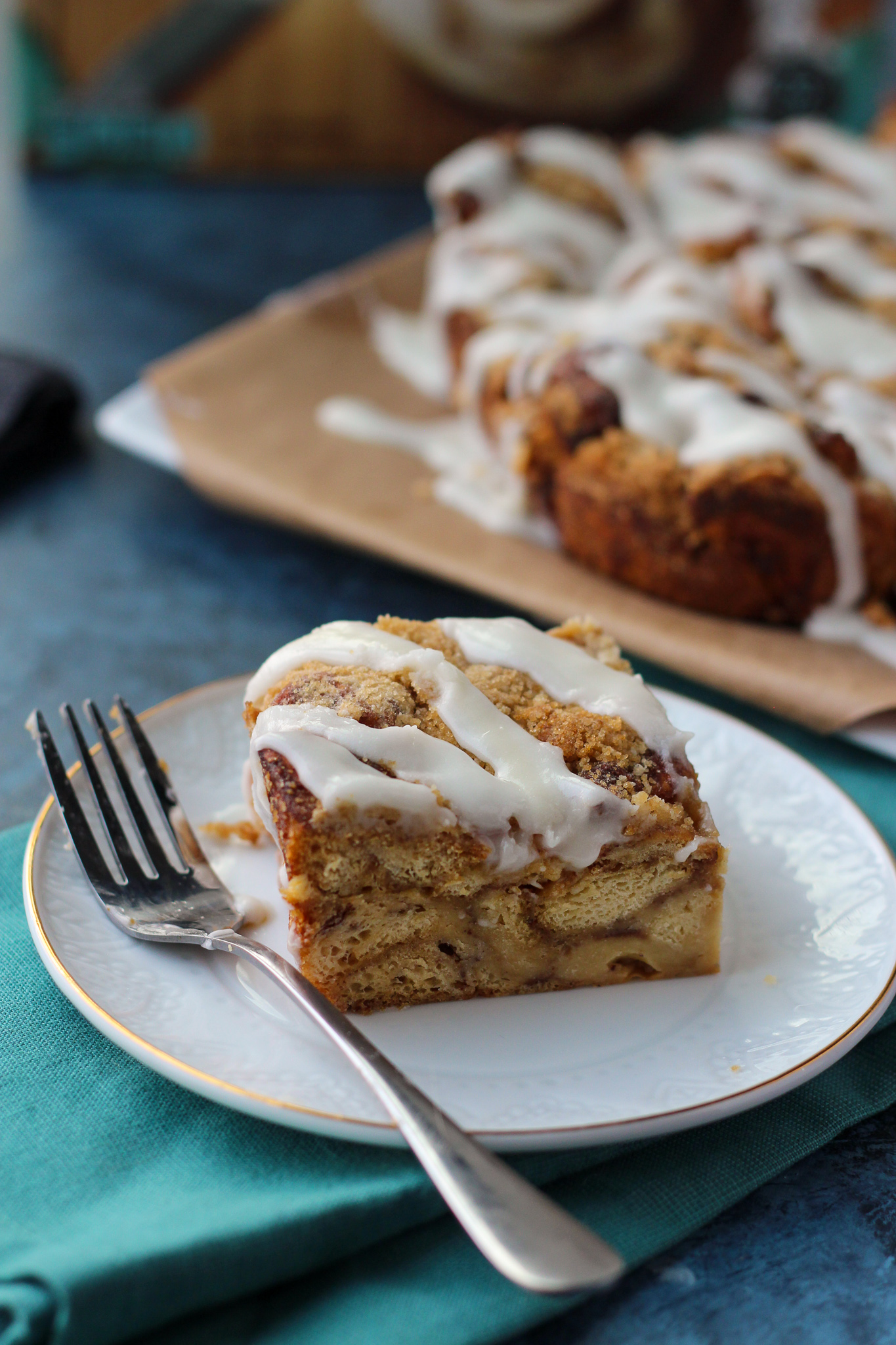 That's right! Holiday brunch is so much easier to fit in during this busy time of the year. Grab a Sunday afternoon, your friends and make it happen!
For our holiday brunches, I like to make this Cinnamon Roll Bread Pudding. This delicious "dessert for breakfast" recipe is what happens when cinnamon rolls meet bread pudding! 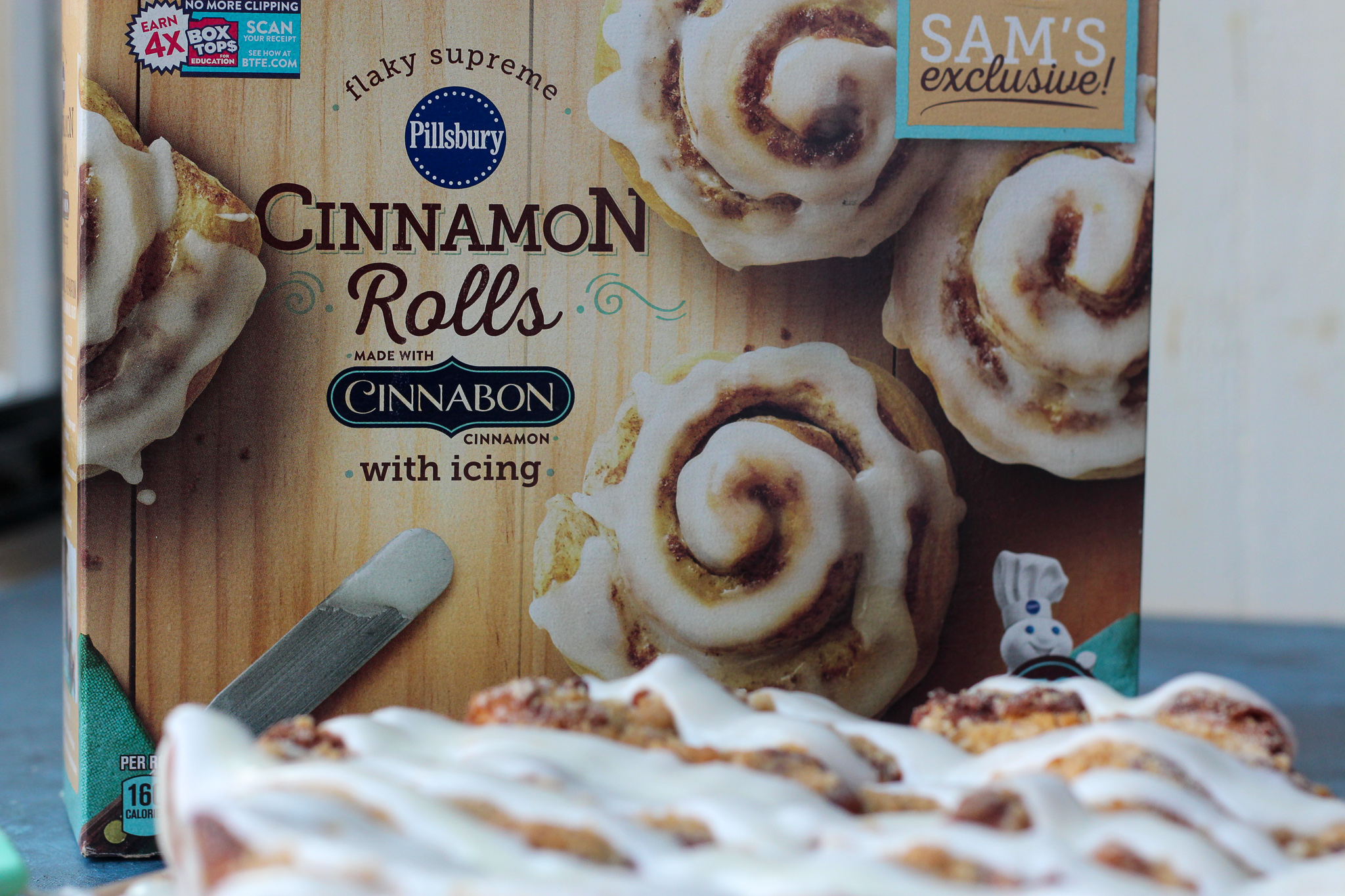 I grab tubes of store bought  cinnamon rolls to use as my base for this dish. I bake the cinnamon rolls according to package directions and allow them to cool.
Then, I combine cinnamon roll pieces with a wet mixture of whisked eggs, milk and vanilla. 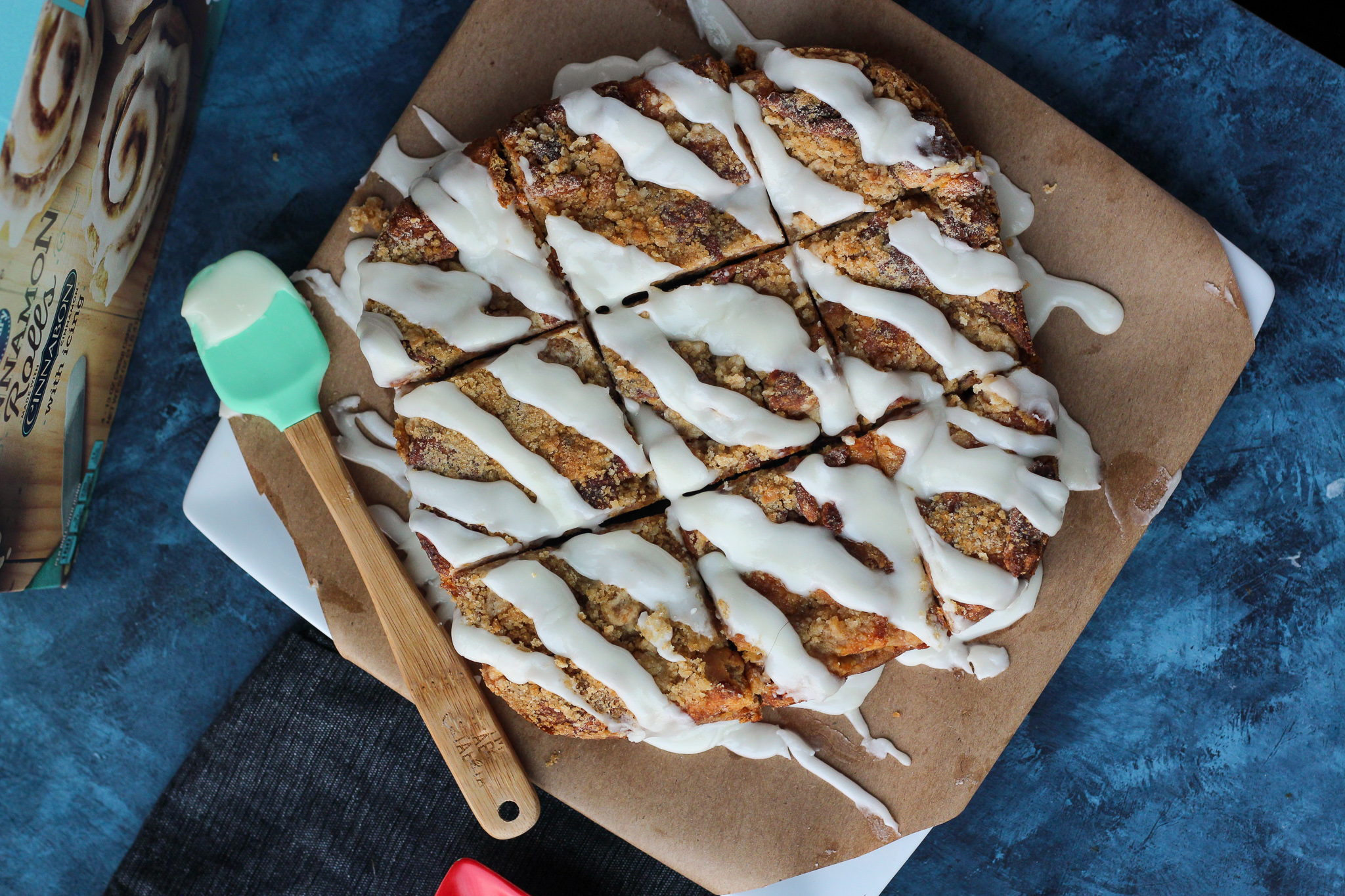 The cinnamon roll pieces act like a sponge and soak up the eggs, milk and vanilla. You can allow this to happen overnight in your refrigerator, or over the course of an hour!
Before baking, I top with an easy brown sugar and cinnamon crumb. This will provide you with a crunchy topping for your dense and creamy Cinnamon Roll Bread Pudding! 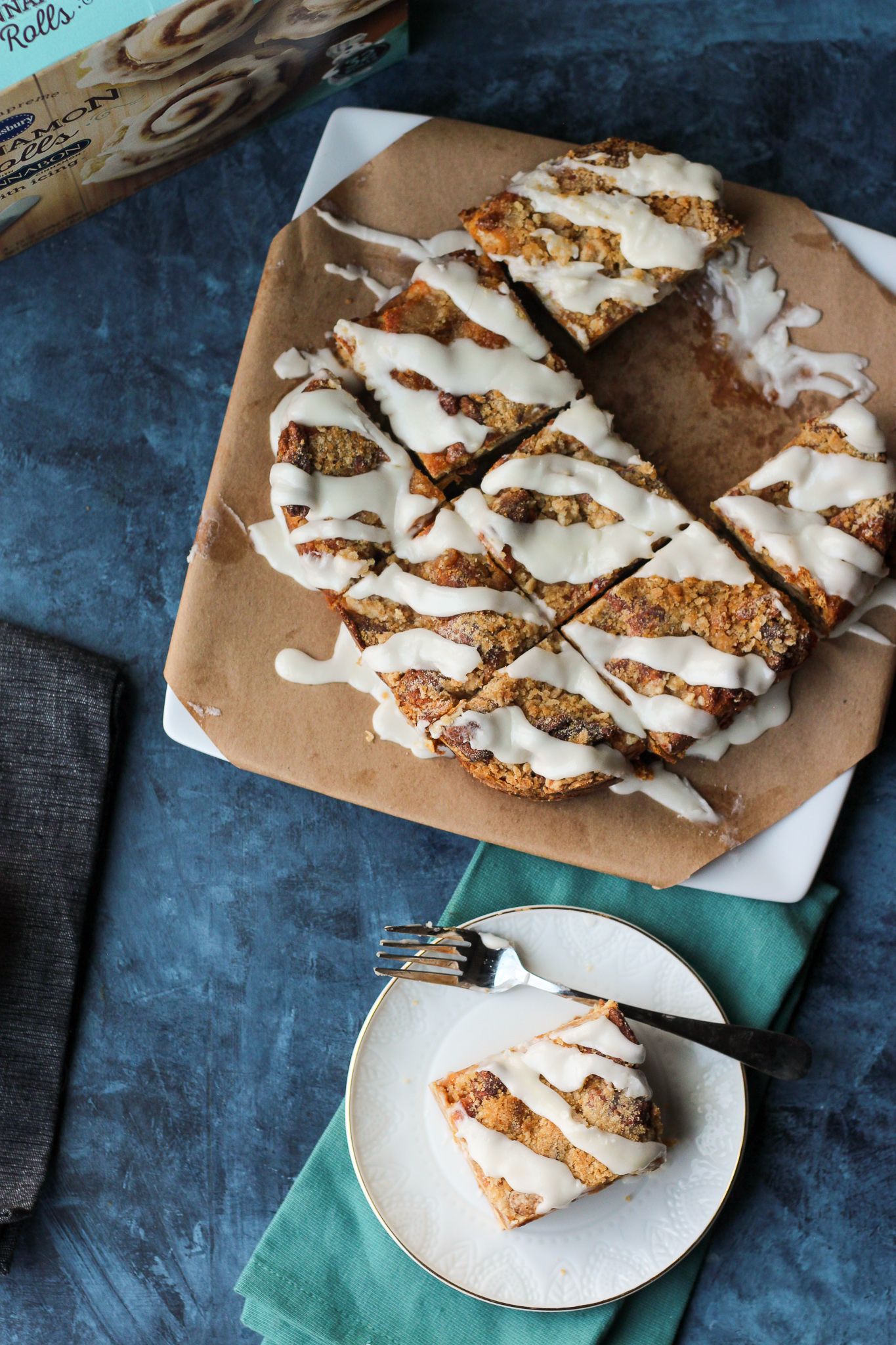 I love this Cinnamon Roll Cake  because you can do most of the work the night before!
This takes so much of the stress away, especially if you are hosting. 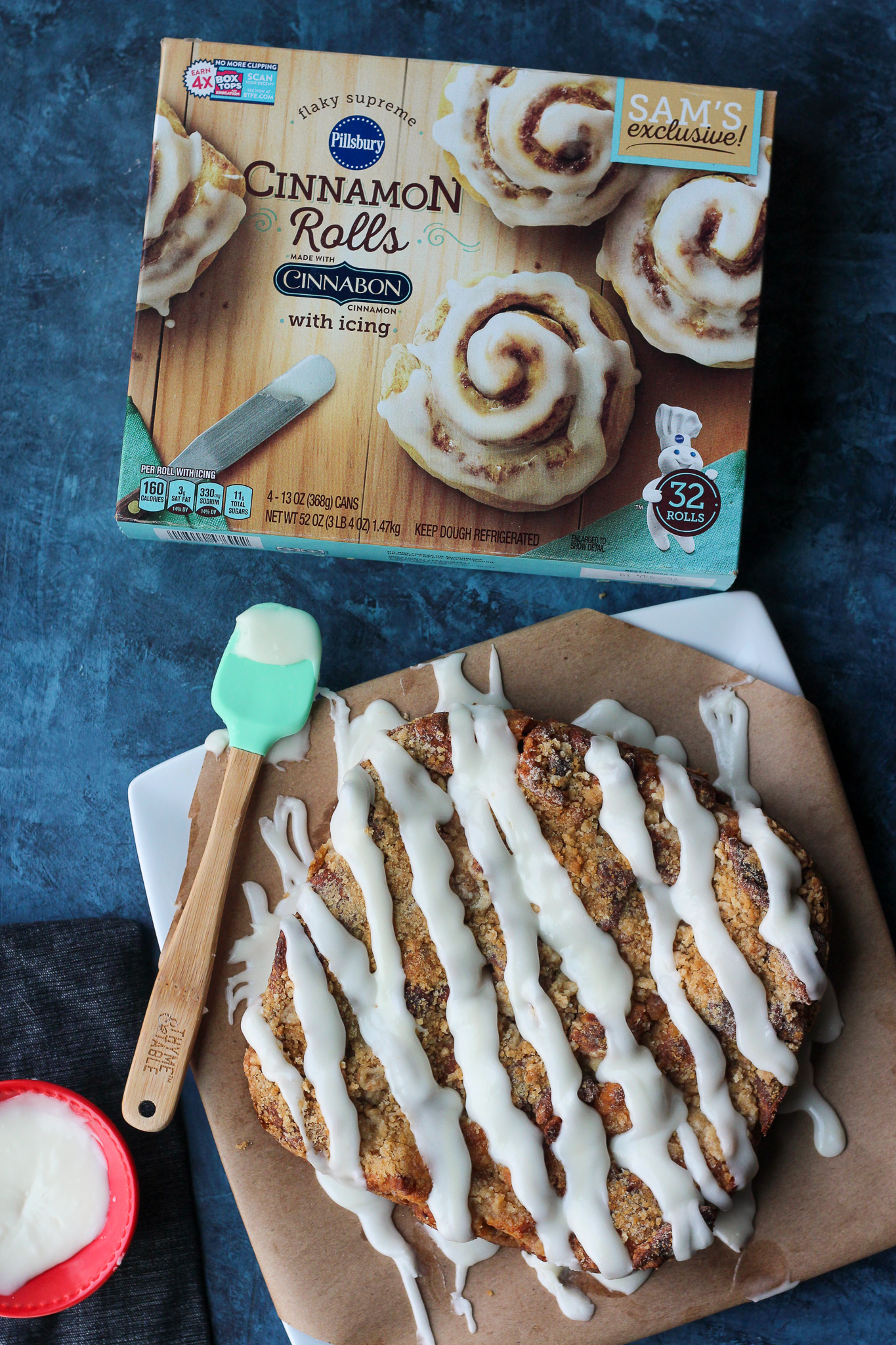 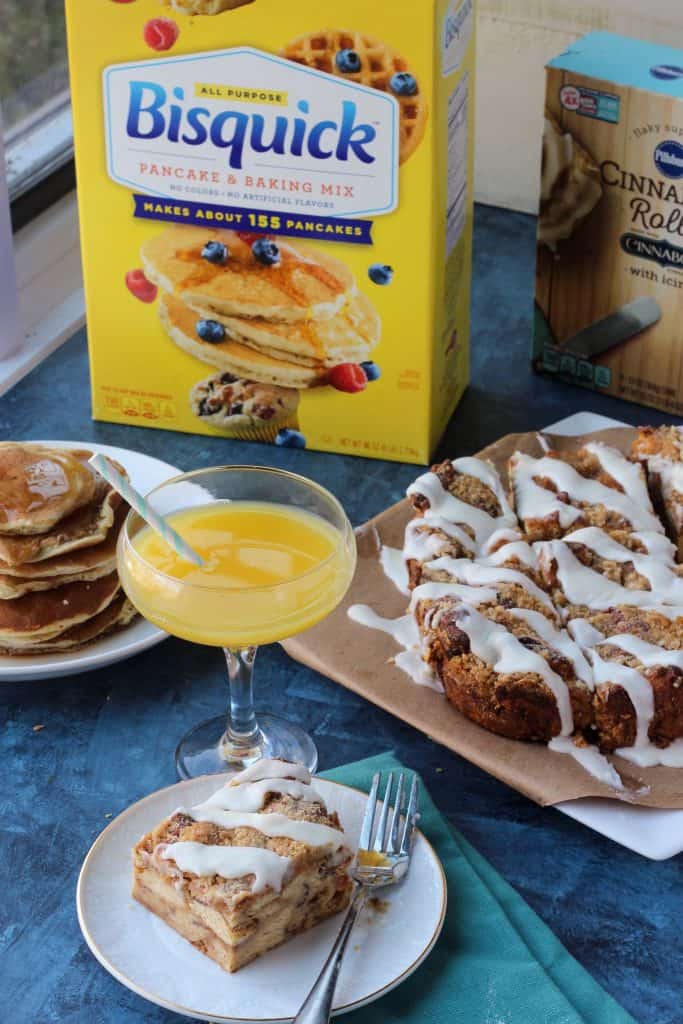 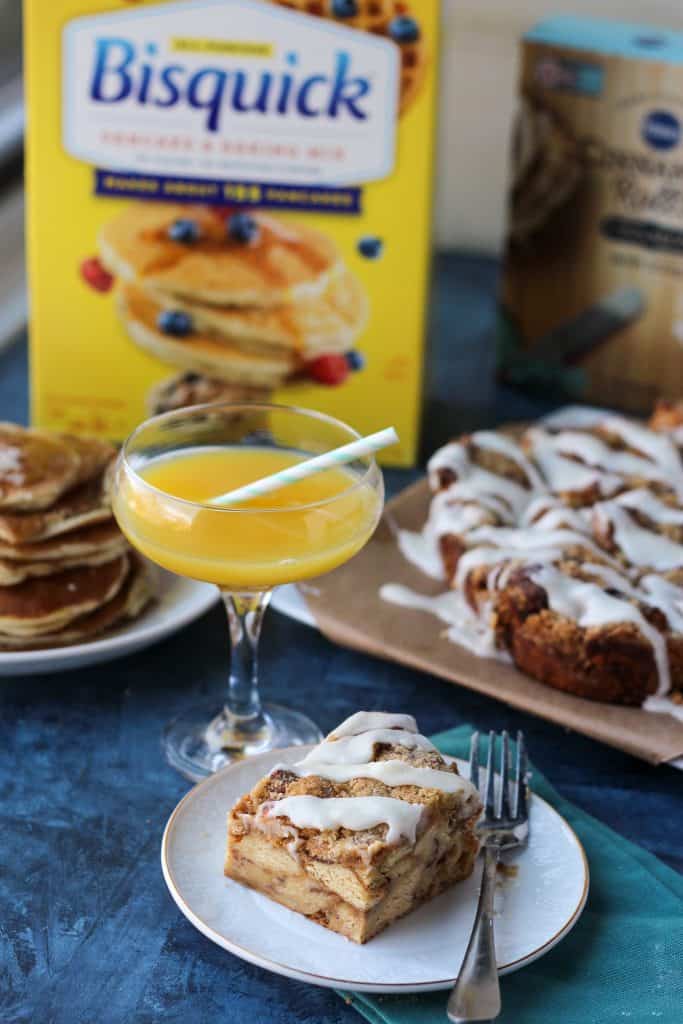 How are you making sure you fit in time with your friends this holiday season?
I'd love to hear your ideas, and if you have any amazing holiday brunch tips, leave them in the comments! 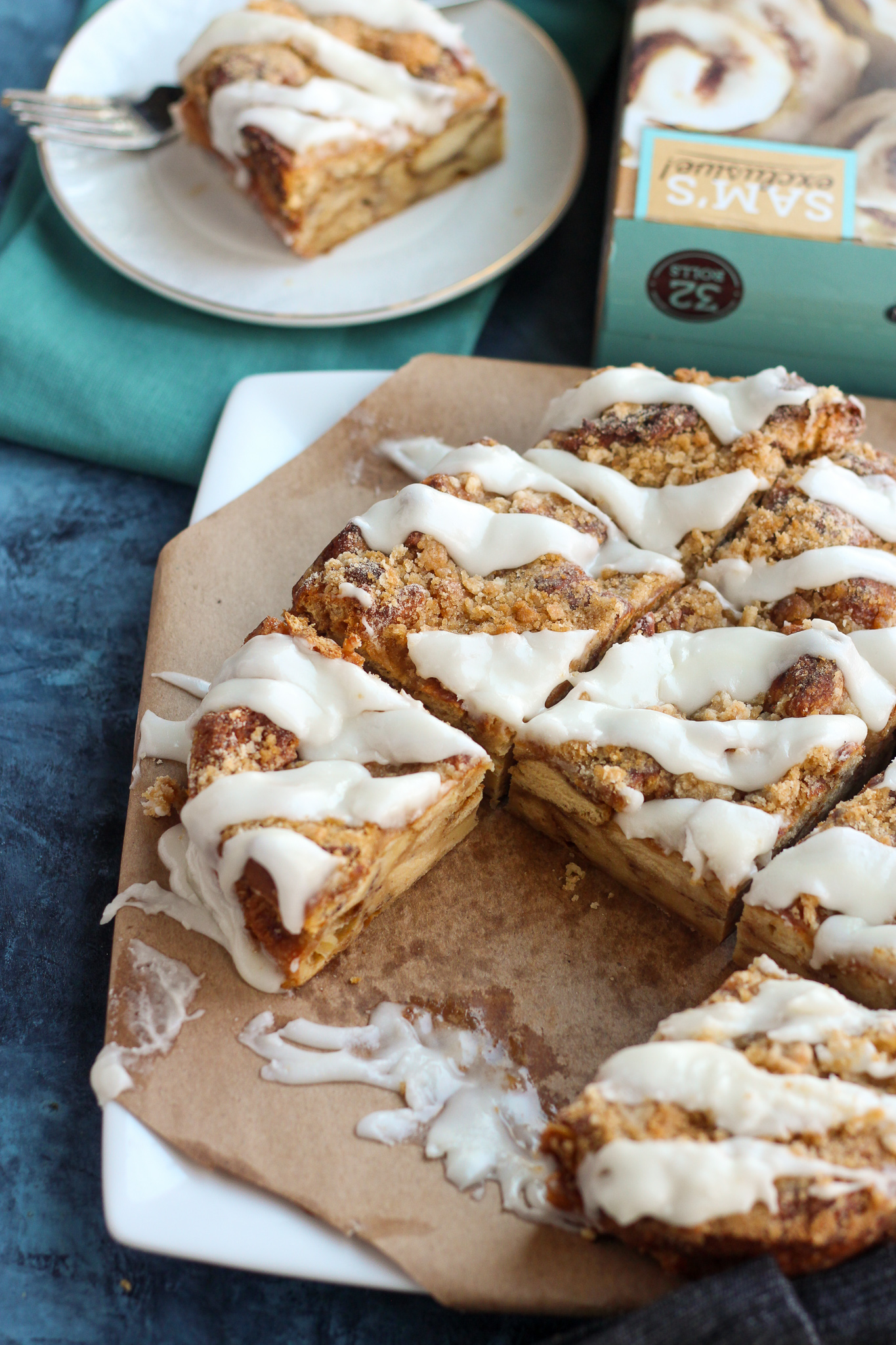 I can’t wait to give this a try! I love how you used the cinnamon rolls to make this!

What an easy and delicious dessert! Baked this last night and it was the perfect way to end our meal; delicious!