I'm in my busy season of the year. Almost each week, I have a different conference or event to attend for work. I'm eagerly anticipating mid-October when things settle down for me, but until then, I'm traveling so much that I'll probably only be able to share 1-2 recipes per week. So, I'm sharing this bourbon pork tenderloin, writing in a hotel room in Iowa! We made this bourbon pork tenderloin last week and it was a godsend for me. I needed something that was warm and homey after traveling most of the week and eating hotel convention center food! We rubbed the pork with spices, then seared and roasted it until there was an amazing crust, then threw it in the oven to finished roasting. I used the juices left in the pan to make the super awesome bourbon and walnut glaze! My husband took one bite of this bourbon pork tenderloin and said "Wow, this tastes like fall." Searing the pork first is an extra step, but it's very important. Yes, it's way easier to just throw the bourbon pork tenderloin in the oven. But, without a sear you'll miss that delicious caramelized crust, and the juices from the pork will freely flow out as it cooks. We really want the juices to stay in, so that the pork doesn't dry out! Pumpkin spice and apples dominate fall recipes. I love pumpkin spice flavors as much as any other 30-year old chick, but sometimes the sheer quantity of fall desserts on the internet overwhelms me!

I love it that this savory bourbon pork tenderloin recipe reminds my family of fall, and would love to find a few more good fall recipes that aren't dessert! If you have any, please share them with me! 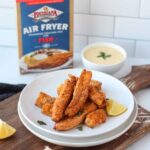 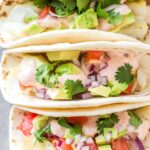 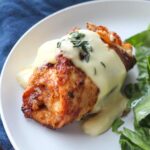 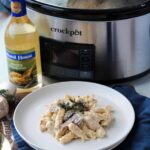 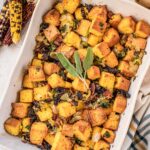 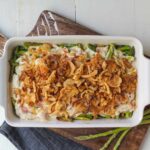 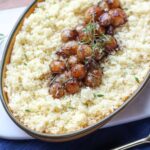 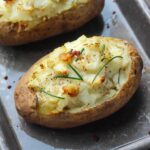 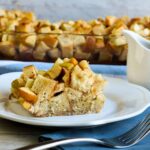 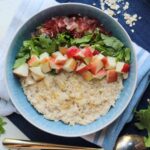 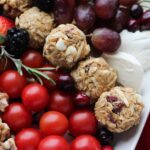 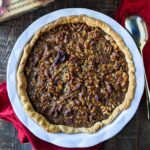