Last week, I was lucky to be invite to join a wonderful group of bloggers on the Kansas Corn Tour! I live in Kansas City (Missouri), so although I don't see Kansas corn fields everyday, corn is certainly part of life in this part of the world.  I was thrilled to get to learn more about the crop that supports so many in our region.

First, we toured an ethanol plant located in Lyons, Kansas. At this plant, they turn corn and other grains into grain alcohol that can then be used as fuel. When compared with traditional gasoline, ethanol is cleaner burning, reducing emissions and green house gasses. Ethanol typically makes up a portion of our fuel, blended in at 10% or 15%. Vehicles made in the last ten years are typically designated "flex fuel," meaning they can tolerate ethanol. One thing that surprised me about the ethanol production process is how efficient it is. There is byproduct produced as the grain is rendered into alcohol, most of which can be used as animal feed. 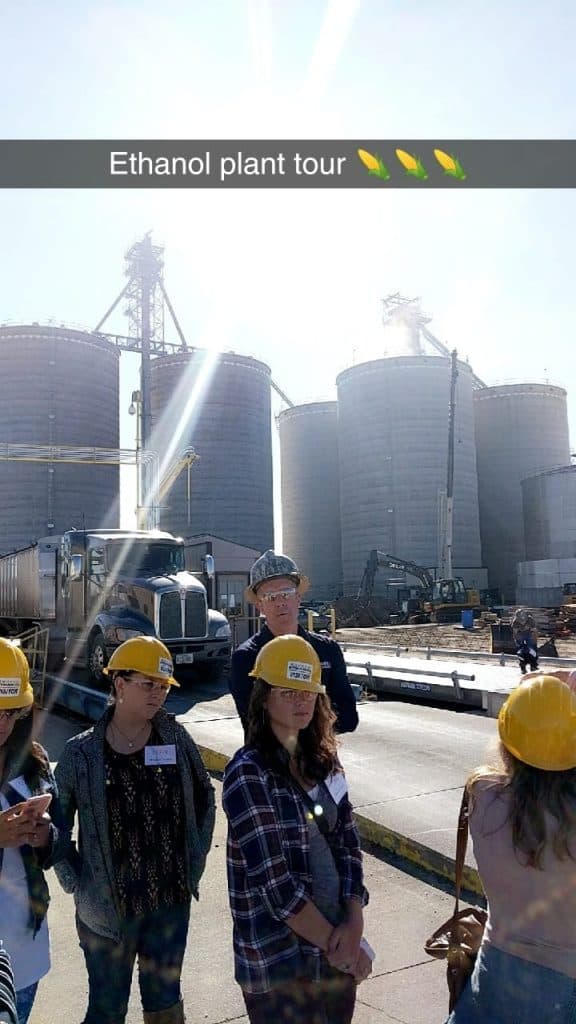 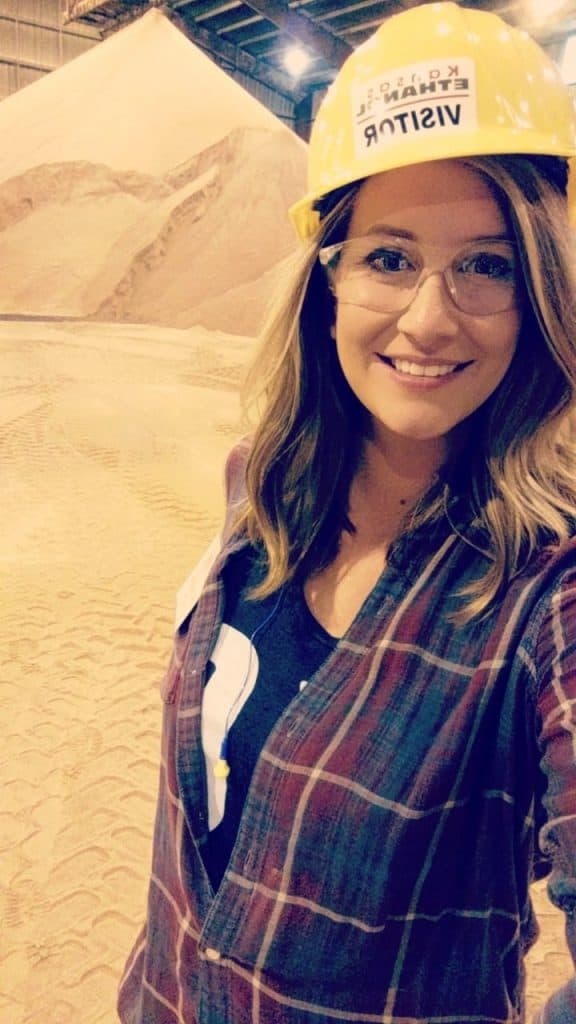 Next, we visited a working farm that grew corn and other grains. We were able to talk directly with the farmer, his family and staff. This was a very young family, they were early 30's with two little ones! I loved how open they were about modern day farming. I was most surprised to learn that only 1% of the corn we grow is sweet corn. Meaning that most of the corn grown isn't going directly to the grocery store on the cob or in a can! Most of the corn that is planted is called "field corn." It's the less tasty brother of sweet corn, mostly destined for fuel or animal feed. About 40% of the corn grown in the United States goes into ethanol production, another 35% or so into animal feed (which does eventually turn into food for us), and the remainder is exported.

A hot topic was certainly the use of GMO's in corn seed. I've never formed a strong opinion on the use of GMO, but most farmers I speak with feel it's necessary. This year, the area we visited only received 5 inches of rain during growing season. Some farmers I spoke with had irrigation to water their crops, but for most, it only took care of a portion of their land due to either expense or the way the land was laid out. Each felt very strongly that they would have lost a lot of their crop this year if it wasn't for the drought resistant nature that GMO's have brought to their crops. I'm not a huge fan of waste when so many in our world go hungry. So, I'll let you form your own opinion here. 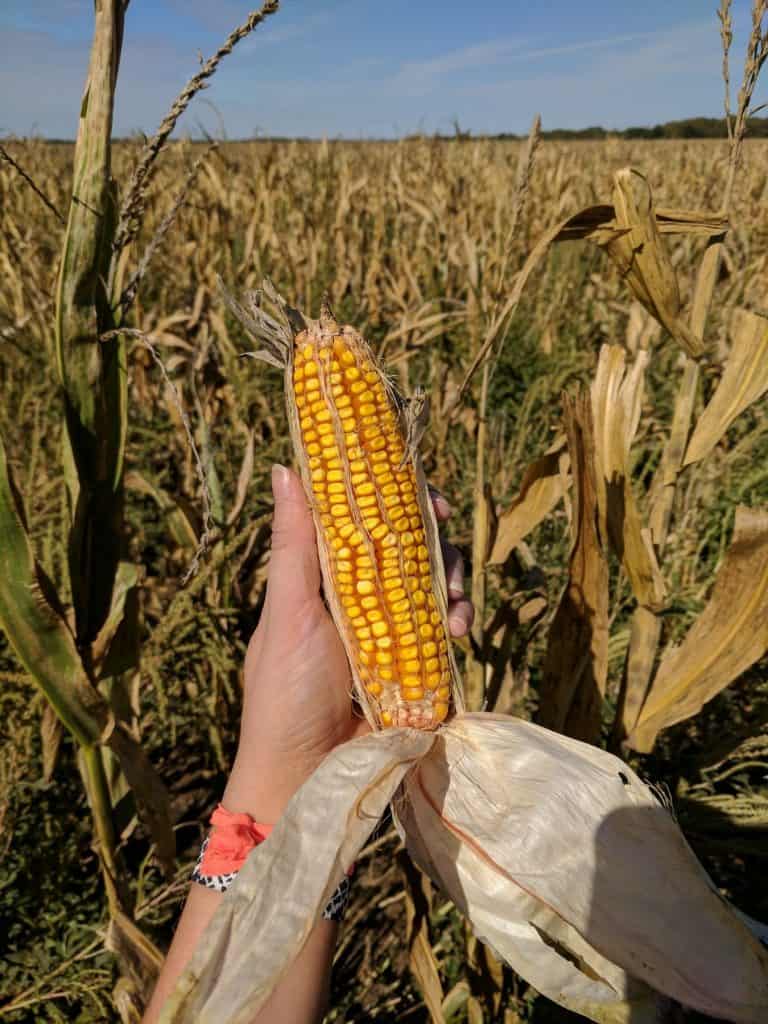 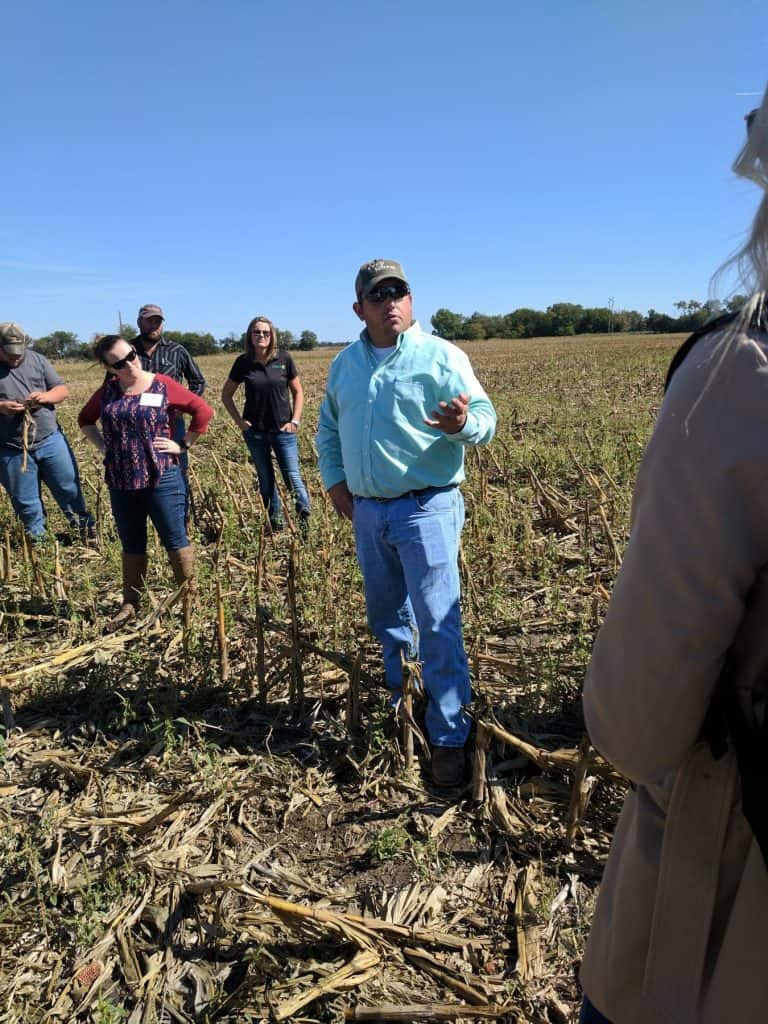 Finally, we visited a grain elevator, where farmers drop their product off for storage. This grain elevator acts like a co-op, kind of. They try to find the best price and market for each type and quality of grain. I was in awe of the size of this operation. Just check out the size of these grain silos! 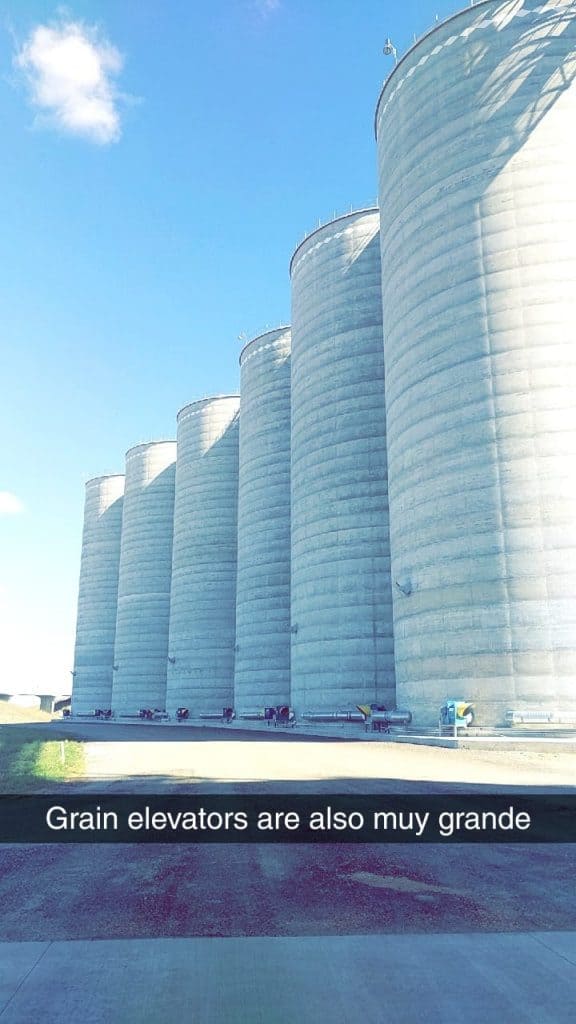 One of my biggest concerns going in was learning about how the use of corn in ethanol affects our food pricing. After all, it's a huge part of our food chain, even greater than we realize since so much is used in animal feed. I was assured that we've had a surplus of corn the past few years, and the price has stayed stable. After some research, it looks like oil prices have been the biggest contributor to the rising food prices we've seen over the last few years.

Overall, I'm so glad I went on this trip. I left with a much greater appreciation for the technology and scale of the corn growers we have here in the Midwest!

This post and my travel for this trip was provided by Kansas Corn. All opinions remain mine alone.

[…] bread during a cooking lesson on the Kansas Corn Tour. You can read about my first day on the tour here, including a visit to a working farm, and ethanol plant, and grain silos. On the second day, we […]

I assumed all corn that was grown was for eating. Sounds like it was a very informative and fun day.

Same! It shocked me to learn otherwise!